At the beginning of the turn the player must use one of the cards of hieroglyphs held in his hands. The player can choose one of two options: Either examine the card or declare the value of the card.

Study of the card

The study of the card is that the player turns over the card and carefully studies the meaning and pronunciation of this card. At the end of the study, the card is placed down the central stack of cards ("drowns"), and the player is obliged to perform the number of steps corresponding to the tone with which the character should be pronounced.

The declaration of a card value is a scoring of the card value to the player sitting on the left. In case of correct announcement, the player can get a prize coin (yuan'ka) and the ability to perform a chip for free 1, 2, 3 or 4 steps on the playing field.

In the case when the number of yuan'ka at the player equals ten or the player decides not to take a coin, he gets the opportunity to take the fifth step.

In case of incorrect announcement of the value, the player is obliged to play the card, as if he chose the option of studying the card.

In any of the selected use cases (study or declare) any player can view and study the used card.

Moving around the player's chip field always goes clockwise: or by a large square 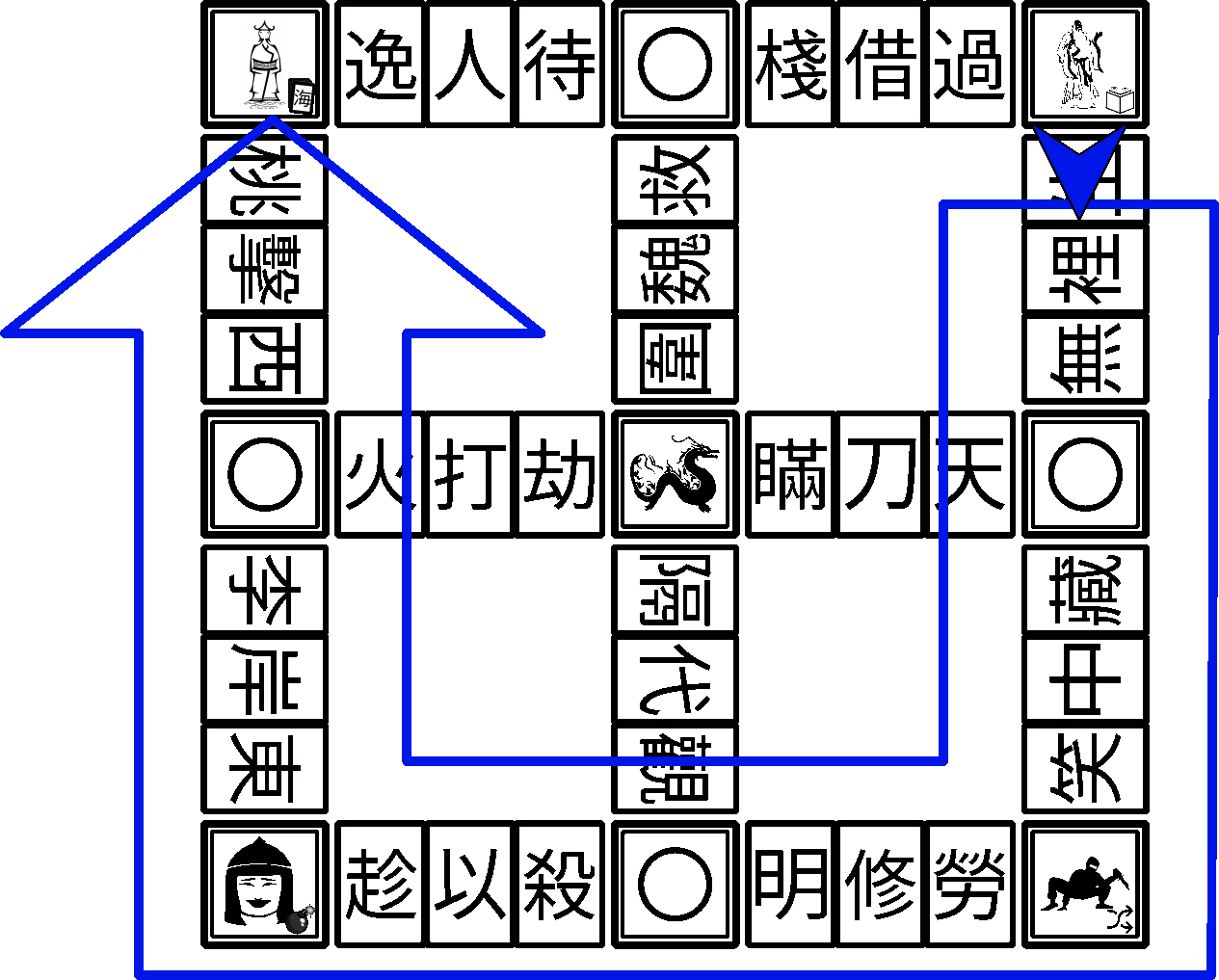 or one of the four small squares. When passing through one of the teleports, the player can decide whether to go to a large square or to collapse to one of the small. 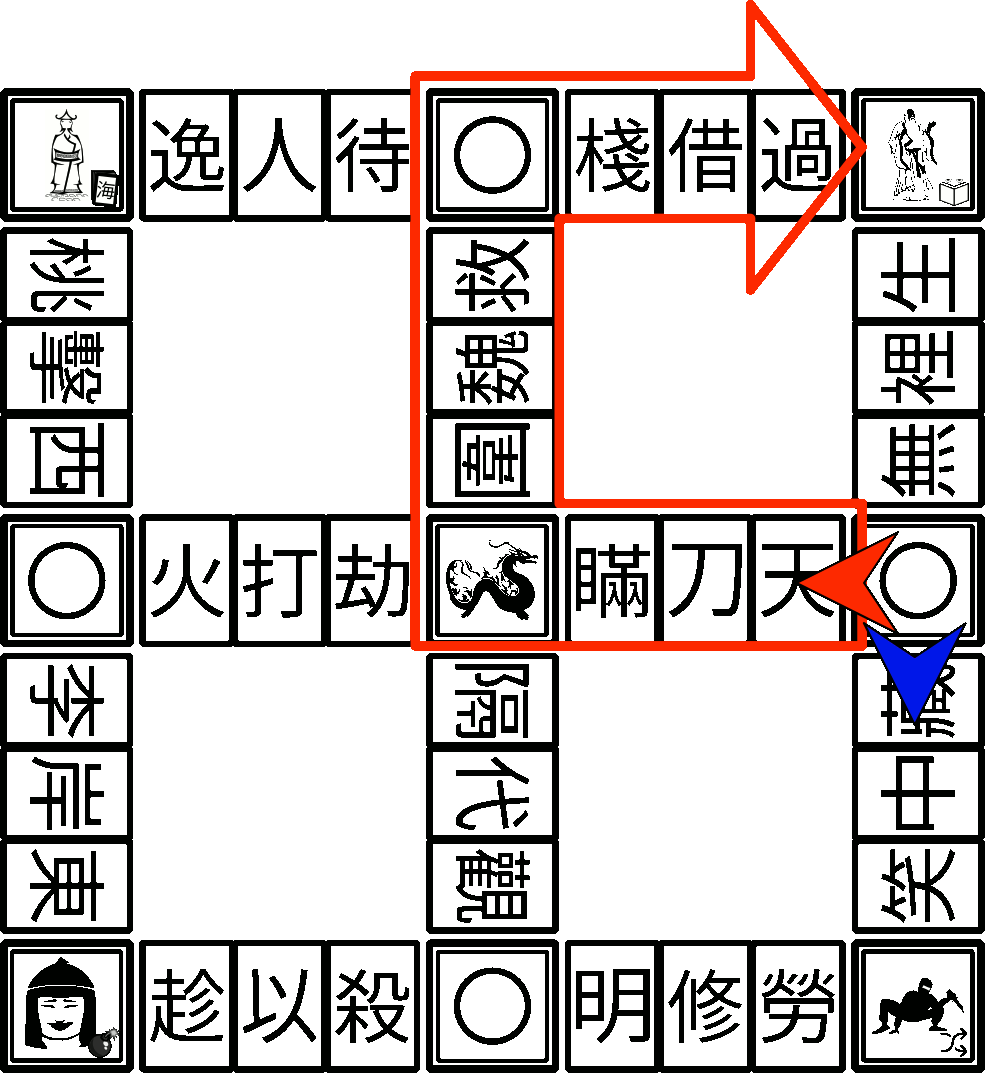 In case of starting a turn on the central field "Emperor" the player must choose one of four small squares on which he will move. 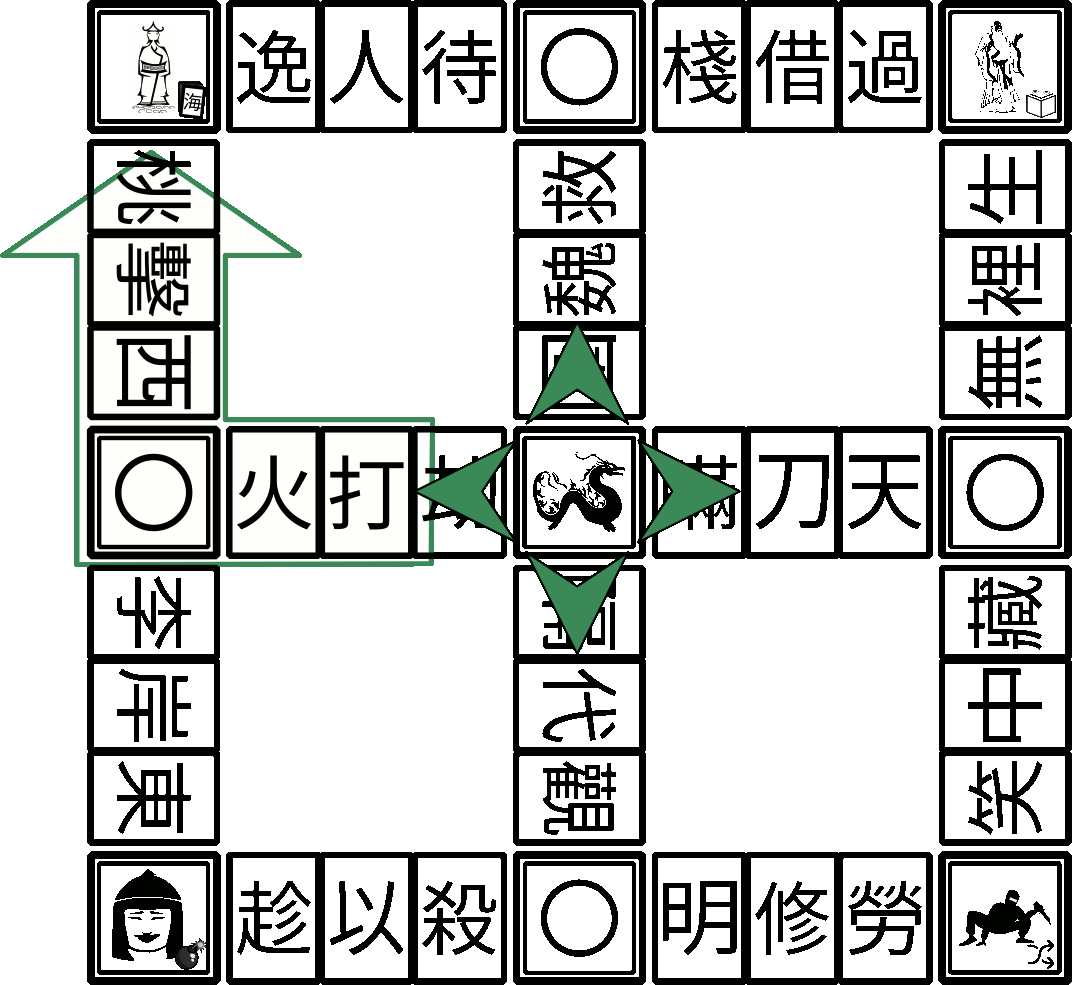 Regardless of the variant of actions performed by the player, the played card "drowns" in the central stack, moving downwards, and the player has to move on the field of his chip to the number of steps taken by him in a clockwise direction on the large or small square.

Before the card goes down the deck, each player can take it to study for free.

Using yuan'ka to speed up motion

After performing the main move, the player can buy an additional step for the available yuan'ka from the calculation of "one yuan'ka-one extra step". This ability will allow the player to accelerate its movement.