The game is played on the field (Chinese square), consisting of cards with hieroglyphs, four corner base fields, four teleports, located around and connected with the central field "Emperor".

At the beginning of the game the cards with hieroglyphs are mixed and spread randomly along the perimeter of the square in rows of three cards between the angular base fields and the teleports located in the middle of the field's edge. In the middle of the square from the teleports to the central field "Emperor" are built tracks with hieroglyphs of three cards on each side. 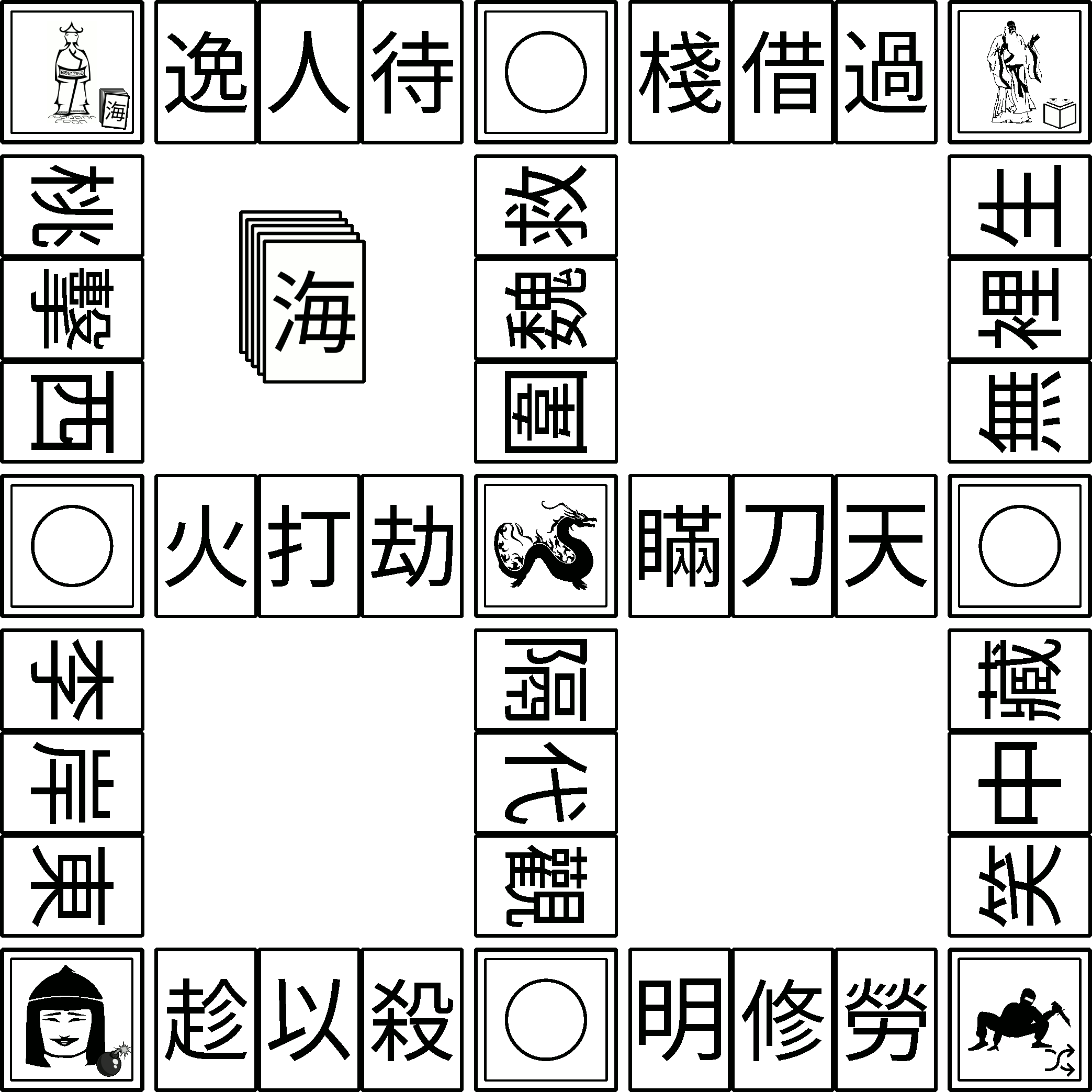 The tasks are mixed and offered to the players by the hieroglyphs turned down. On the top side of the card is written a question in the form of an ordinary expression.

Before the game begins, players choose the player's figures, the base field from which to start the game, and agree on who will make the first move.